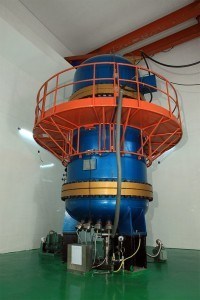 LOROM’s State of the Art Electron Beam Irradiation Plant provides solutions and a selection of insulation materials for advanced applications. Many applications have environments, which have cycling temperatures, exposure to aggressive chemicals and mechanical challenges.

Crosslinking materials are a cost effective solution which significantly improving the properties of these materials to levels normally only achieved by high cost and often difficult to process fluoropolymer high performance materials.

eBeam crosslinking, the energy to modify the polymer is delivered directly by the electrons with precision and control. The crosslinking happens instantaneously as the material meets the electron-beam and the enhanced properties have been achieved.

Using additives that are thermally unstable will lead to unwanted product performance behavior and reactions depending on the application environment. eBeam crosslinking happens at normal ambient temperatures and pressures therefore the virgin material is not subjected to thermal stresses, unlike the process of chemical crosslinking .

Thinner wall insulation dimension can further be realized compared to chemical crosslinking due the level of process control as well as prevention of contamination of virgin material.

In short positive effects of electron-beam crosslinking. After insulation systems and materials have been exposed to the eBeam. The polymer chains are linked to each other and the polymer can no longer melt and flow. These unique characteristics improve the temperature resistance, as well as improved resistance to solvents, oils and not least abrasions.

When the electrons strike the product or parts of the product handling system a large number of x-rays are generated so the process needs to be enclosed in suitable radiation containment area.

The LOROM radiation unit is encapsulated in an underground separate concrete bunker.

When the eBeam is turned off there are no radiation hazards, during operation safety locks denying entry to the bunker and personnel safety is insured to the highest possible safety standards.

There is no residual radiation, even after 25 years in operation a shielding bunker does not become radioactive.

Speak to a Trusted Lorom Expert

Since our establishment in 1988, Lorom Industrial Co., Ltd. has experienced an outstanding rate of sales growth as we have become a preferred supplier to a number of Fortune 500 companies. We attribute our success to an intense and continuous focus on providing our customers with the highest quality products and services at the most competitive prices in the marketplace. This philosophy serves as the foundation of our Mission to become a globally recognized and preferred supplier of the highest quality electronic assemblies available within the industries that we serve.